At the heart of Greenwich Village, the recent opening of Pink Elephant has sparked a burgeoning renaissance in New York’s art community. An indie hip-hop CBCG of some sorts, the New York Times acclaimed underground venue was a very appropriate pick for Sounds Music Group’s Mood Music soul child Anthony Flammia to release his highly-anticipated record, Ups & Downs, now available for download on iTunes. Packed wall to wall, the dark reflective surfaces beaming with lazer lights housed a crowd of lovers, friends, family, and overwhelming support from East Village locals and fans. For the night’s itinerary, people were transplanted into a Spaceship Coupe, shattering through the atmospheres of their hopes, dreams, and fears, all made possible with the ambient, melodic, and deeply soulful sounds of Yonker’s hometown kid, Flamm.

Before his headlining debut, a few local acts came up and warmed the stage to set the evening’s mood. First on deck was younger brother, Nicolas Flammia, and his band, Eleven11. Strictly incidental, I stumbled across Nick’s soul garage band from Flamm’s SoundCloud after clicking on the link listed under the profile’s artists queue. There, I discovered “The Wire,” the group’s most dark bluesy track off their latest EP, Sh∆y’s Rebellion.

Tonight, young Nick Flammia took the stage and rocked the room with urban garage band noises, grungy guitars, fast drums and a round bass. Similar to The Ramones’ debut single, “Blitzkrieg Bop,” Eleven11 resembles the humble beginnings of revolutionizing the jam band sound. Anthony’s influence in Nick’s work became apparent during the set’s surprising encore, especially in emulating his signature cadence and deep understanding of the voice as an instrument.

In between the next set came along Remy, the friendly, biracial spoken wordist, who has left hefty footprints all around the city from his lyrical disputes against popular notions of race, identity, culture, love, passion and pain. An impressive performance, indeed, Remy may be breaking some serious ground from his bold ideas on the role of art in constructing biracial identity and reconfiguring meanings of diaspora.

Between Striver’s Row hometown favorite, Miles Hodges, and DMV’s XXL Freshman ’13, Logic, we can expect some more conscious talk on the nation’s stance on race relations, identity, and colorblindness, especially on the eve of the state’s decision on the Dunn Trial verdict.

Coming to the stage thereafter was neo-soul singer, Tess, making a grand entrance by starting her set off with a spicy rendition of Jodeci, allowing the crowd to relive the golden age of modern Rhythm and Blues. Reminiscent of then-teenage Harlem-native, Alicia Keys, and her fiery debut “Fallin’,” Tess sent tonight’s audience of lovers and contenders into a shallow grave of passion, lungs aching from every crescendo and vibrato.

Performing original tracks, “Whore” and “Morphine” to wandering into the crowd crooning into the faces of tranced audience members, Tess bodied the room with a commanding attention more alluring than a siren song. Sexy as a smokey jazz lounge, Tess’ strong stage presence and controlled demeanor reveals to listeners of an artist grounded in discipline, loyalty and resilient patience.

After the crowd cooled down from a boiling soul session with Tess, John Dep cruised to the front of the crowd to hype the party with magnificent beats and jawbreaking bass, all character of new era party-n-bullshit culture. Performing tracks off his recent mixtape, Shoulda Been A Album, Queens-native rapper performed with a finesse unique to his sound.

In addition, a surprise guest appearance from Dep’s girlfriend was a precious sight for audience members when she came out from within the crowd and danced alongside her partner as he confessed to listeners of why he could not simply just like her, because he loved her so much. His sound is engineered with a care that says he is truly serious about his work, but also reveals that he’s still a real ass human being when laying down dope tracks made for listeners to have fun to and vibe with.

An appropriate transition into the evening’s headlining performance by Flamm, Dep stepped down to dap up his friend and pass the mic to introduce the Mood Music soul child in preparing the room for an unforgettable and chilling performance. Coming from a family of musicians, Flamm is truly one of the most underrated creatives of our time. Part musician, producer and singer-songwriter, Flammia emulates the cadence of a grand piano, timeless in sound and classic by nature. His sparkling energy, silky-thick melodies, and striking relatability blossomed a hundred fold as he played – hit after hit – over the singing crowd who grasped firmly to every made syllable of sound.

A brilliant artist, lyricist and spirit, Flammia proves to be most remarkable by the strong bond he has with his gifted family. Bringing up his mother, father, and two younger brothers – Justin and Nick – onto the stage to perform a song together, the room began to swell with emotion from the heartening sight like a thunderous pulse. At one point, I was personally brought to tears from witnessing Anthony perform with a passion you could taste 50 feet away. Feelings I have never known could make me feel a certain way exploded inside of me, thereafter transforming pain into a weightless pleasure. RnB Greats D’Angelo, R.Kelly, John Legend, André 3000, and Frank Ocean have all shaped their sound with this methodology throughout their careers, and all have become nothing less than successful from its ingenuity.

To me, RnB is like John Coltrane’s strongest body of work, chopped and slowed down, and then sun dried on your favorite pillow, sleeping in the sun on the sweetest day of Spring. Back when the excited rhythms of Jazz were being slowed down by Rhythm and Blues pioneers like Chuck Berry and Ray Charles, artists began to channel their frustration from previous experience with racial pain and suffering into passionate performances and showmanship.

A movement that would shift the nation’s culture forever, the shuffle, the duck walk, the twist, and other dances have all greatly revolutionized the way we react and internalize music. And undoubtedly, Sounds Music Group may very well be on a similar track in becoming this decade’s new authorities on sound and industry’s newest underdogs.

Happy Valentines Day / Love Day to all and enjoy the classic sounds of Flamm’s LP Ups & Downs. For the link to download, click on the album art below. To stream the single, “Ups & Downs,” scroll below for the music player.

Remember to check out local artists Eleven11, Tess, and John Dep for more music and upcoming releases. Patronize local venues, and check out the Pink Elephant Club site for up and coming events.

To check out visuals from last night’s festivities, please refer to the gallery below. 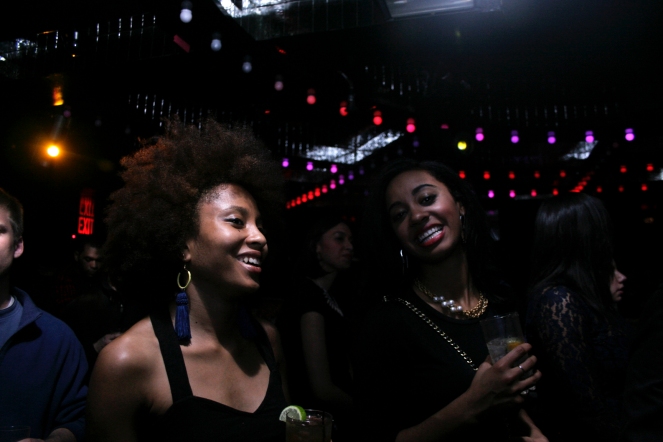 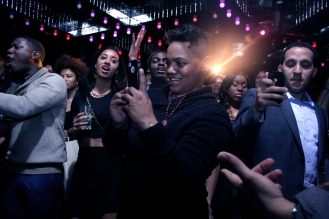 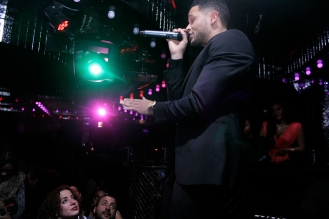 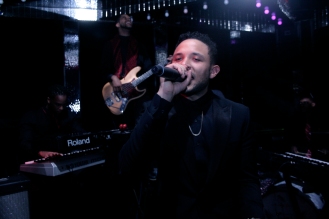 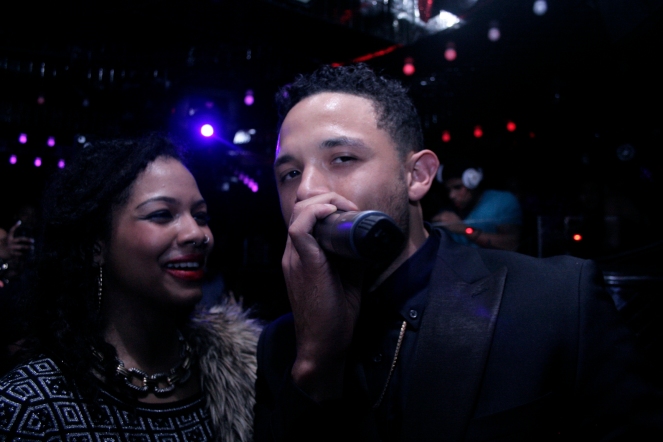 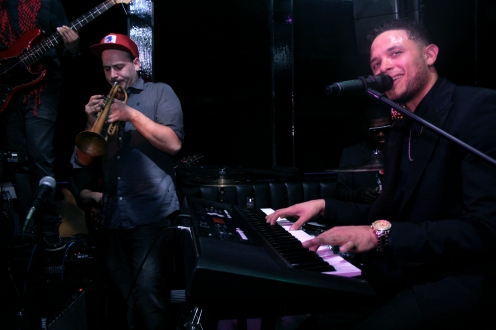 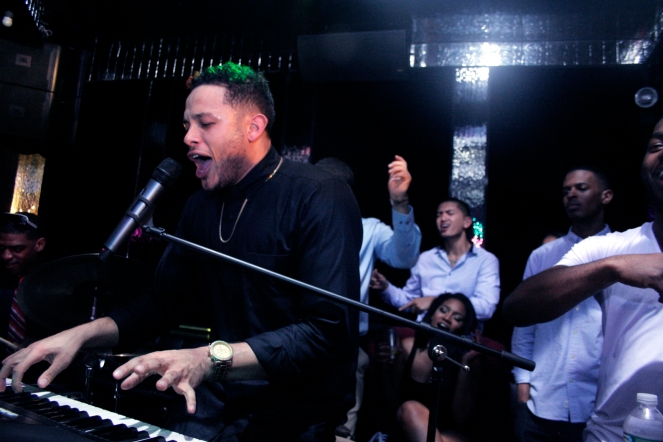 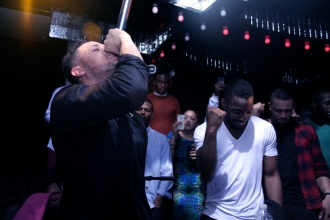 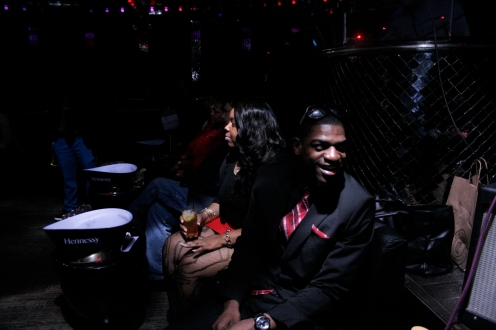 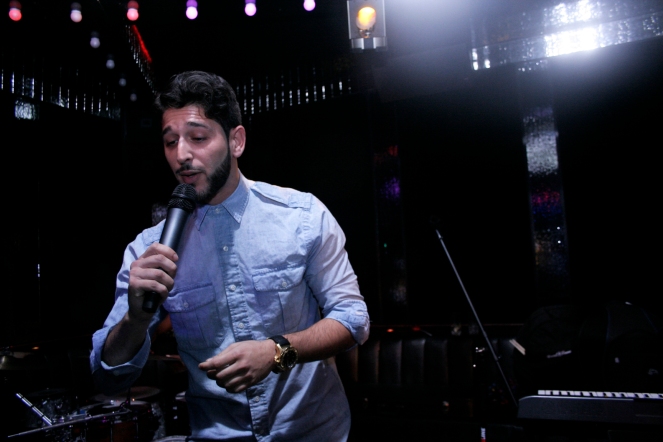 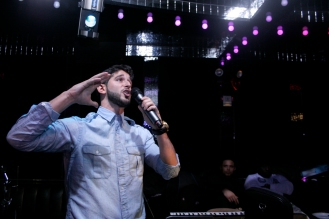 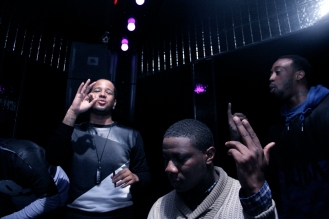 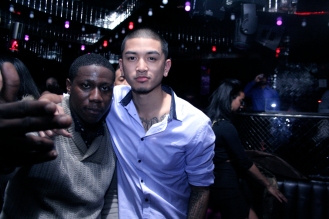 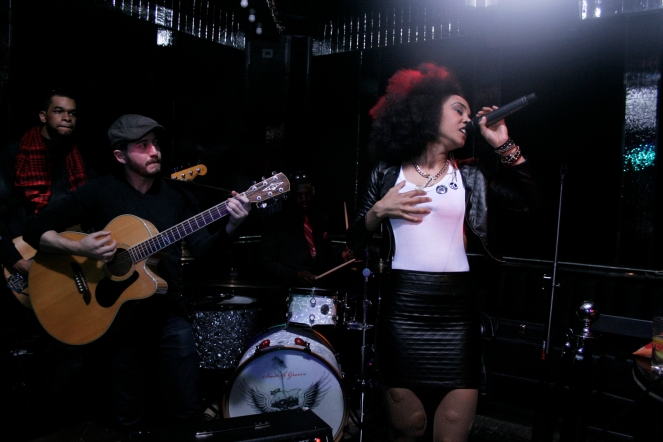 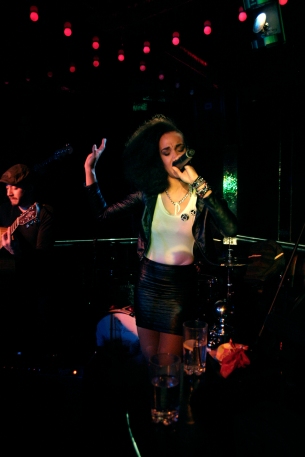