Tonight, Smokers Cough and Planet Cognac shut down the Southern Williamsburg venue, The Flat, to celebrate the first official release of Past Lives by eclectic instrumentalist, Rosegold, available today for stream and download on Band Camp. From Jersey to Queens, friends, relentless fans, and regular rollers of the cozy cocktail lounge came out en masse to support Brooklyn’s most potent music scene. With an unfaltering love of creation and performance with tough, real, and raw music, associated acts Hash Money (#$), Space Jesus, GDP, Shape, NeakO, legend Young Zee, New Jersey Rebels, and Big Breakfast moved the room by a flash-flooding storm and superseded many expectations for the night’s festivities. Signed with artists of unique, fluid bars, heavy with EDM influence, and party rap instrumentals, Smokers Cough truly kept their word when they told attendees tonight’s banger “will make you Diddy Bop and Miley Cyrus” til the sun came up. Beyond impressed to say the least, I had my doubts at first, fearing that Bushwick’s mega rap group would be a gimmick of white boy rap, misappropriating black culture and violence over recycled southern trap beats with fake speech impediment vocals.

Utilizing their backgrounds in metropolitan culture and 90’s baby influences, these artists provided listeners with tracks of honest anecdotes, marinated in trippy and eloquent sounds deemed unique to their character and overall aesthetic.

At the beginning of the night, I arrived to the club and headed directly for the back where Smokers Cough’s merch table was set up. I knew this would be where I would get to meet these guys up close and personal, allowing me to formulate an objective opinion on their motives as artists: whether if they were serious about developing their sound with live performance showcases and appearances, or simply just a bunch of clown-ass white dudes dicking around with each other making soundtracks to recent emerging trends in new age party-and-bullshit culture. I quickly learned these guys were definitely the former, a truth scaled with reason, causing me to resolve my conflicting sentiments on white rappers in the hip-hop world. To set this excursion in motion, I chopped it up with Larry, co-owner of Smokers Cough, and listened attentively as he spoke with an intensity of how incredible each artist was, who they were, what they brought to the table, and their strengths as individual creatives.

And that was when I took off my black feminist hat and agreed to have an open mind about the rest of the night.

To commence the party was Big Breakfast, funny boy rapper whose fault-lined flow chopped unevenly over each track and kept the audience laughing and excited, like Tosh.0 on Nitty Beat. Rapping over big instrumentals from a plethora of artists like Mariah Carey, Cali Swag District, and a peculiar sample from a Billy Madison film that an Australian producer made exclusively just for him, Breakfast flexed over the brave bass and deep drums on his tracks, “tattooed with expensive teeth,” and a spiritedness that felt like sunny side up eggs over easy. Despite it being the 40oz breakfast rapper’s first performance, he established a modest precedent that would consistently build with intensity throughout the night with each artist that murdered the set.  Next was NeakO and mafia crew LVLYSL from New Jersey.

The Brick-City native set the cold walled room ablaze with bombastic trap beats, booming and banging with strong and faded bass lines, hight hats, and snare tougher than snake skin. Their female rapper brought a flow rich with an industrial sound mostly owed to her Elizabeth upbringing. Still in the process of developing their sound, NeakO and family are a triad to definitely keep an eye on for the rest of the year.

Thereafter came local favorite, GDP and Hash Money (#$) partner, Space Jesus, gridlocking the game after spitting with fire and finesse that ears were simply not ready to digest. Starting his career back in 2007, the West Orange rapper is the kind of dude that isn’t afraid to attack a syncopated rhythm with his yes closed, asymmetrical in melody and flow that most artists in his bracket haven’t even began to think about yet. His sound was a sort of “speak back” rap – limitless and bold with misanthropic narratives of everyday life, assailing listeners into space with an Apollo 13, shredding through electrons of quarter-life crises and adventures with his goons. His lyricism heaved with a cockiness that revealed his veteran status in the Smokers Cough circle, flow embezzled with bars thick as rosegold spilling over the brim of double-cup entendres and copious metaphors, all meshed within tracks doper than a 179° crack head lean.

In the middle of his set, GDP brought out Shape, a Tommy Gun chopper for a mouth, and literally did three things: came, fucked shit up, and sat down. In that order. The mid-level genius and musical auteur, producer, emcee, songwriter and host of The Shape of Things to Come Podcast came out the gate with a flow more lethal than anthrax laced with Frank Lucas blue magic, leaving audience members disoriented and deranged from his fervent yet placid guest performance. A true product of his environment, both emcees developed their aesthetic from drawing on heavy influences from metropolitan and middle-American culture, all of which is apparent in their raps, crowning them as master of their crafts. What I noticed most about GDP’s set was how much love he got from the crowd. Track after track, audience members got hyped off environmental adrenaline, shadowing bar after bar, and riding out to the sounds of their favorite rapper. He never tried to embody the persna of the great white hope rap, biting off Eminem or gimmick acts like Yelawolf or Mac Miller.

He’s GDP – your new favorite rapper with a centered demeanor, factious humor, personality bigger than the moon, and fearlessness that will keep him a force to be reckoned with once his buzz is picked up on mainstream radars.

The night progressed with an unforgettable set by hip-hop legend Young Zee, member of the infamous hip-hop group, The Outsiderz, from Newark. Bar for bar, juxtaposed content and endless alliterated, the veteran emcee showed out over classic beats, tracks ageless as fine wine, and an energy that kept the crowd hungry for his infamous flow that made hits out of The Score, The Slim Shady LP, and the Jedi Mind Tricks album Violence Begets Violence. Zee co-signed GDP and Hash Money (#$) during his set, revealing their closeness and unique bond they shared through music and dope lyricism. The rapper’s son, Krash Battle of hardcore rap group, New Jersey Rebels, chilled in the cut behind the OG rapper and filled in as a hype man during his set.

Shortly after, the New Jersey Rebels stepped up to the plate and assailed the crowd with sixteenth notes laced with AKA-47 bullets rippling through listeners’ craniums, bottomless bass and tight snares, encapsulated in a violent fury of performance and lyrical engineering. Taking a page from the hardcore local music scenes in New Jersey, the use of heavy breakdowns with elongated periods of silence in between jawbreaking bass and instrumentals worked well to the group’s advantage as the crowd fed off their energy, moshing hard and hyped up on each track performed. With an aesthetic darker than Flatbush Zombies, A$AP Mob, and OFWGKTA combined, NJ Rebels and their goon-rap flow will definitely be something to look forward to throughout this year as they sharpen their mastery in lyricism and command of fundamental trap sounds. And to close out the night was a set spun by MADD Decent artist Major Lazer, transforming the room into an island of bright reggae and caribbean riddims, all in a laboratory of experimental and trippy club beats. This evening of real ass musicianship was nothing short of brilliant. Product of Your Environment artists on Smokers Cough are people you need to get on your radar as soon as yesterday.

They don’t layer their voices with speech impediment flows over Chiraq trap beats, nor do they rhyme about unlived experiences far out of their reach and understanding for the sake of mass appeal. They rap about psychedelic trips in their dorm rooms, narratives of disgruntled youth and suburban upbringing, and fables induced from drunken nights and cypher sessions in the summer. I can entirely commit to the statement that I am genuinely excited about the kind of strong lyricists coming out of Smokers Cough’s camp right now. Supergroups and a ton of collaboration is being built at speeds incomprehensible all throughout NYC and the results are monstrous. With generational influences from fun 90’s hip hop, punk lifestyles, and East Coast metropolitan culture and regional politics, Smokers Cough is ready to take on the underground with an authoritarian regime of artists, creatives, producers, DJ’s, and musicians. Violating your speakers with big hammering beats, EDM bass drops, swelling tides of silence that drag ears through hordes of cadence, these young pioneers are sure to blow by the end of this year’s fiscal year. Support your people. Uplift starts right at home.

Make sure you head over to Smokerscough.net and download Past Lives, as well as check out the rest of their camp full of artists preparing to drop dope projects this coming year. You can download their sampler Smokers Cough 1 on the Mixtapes + Compilations page, as well as stream it on the playlist from SoundCloud below.

For a visual re-cap of last night, peep the gallery underneath the music player. 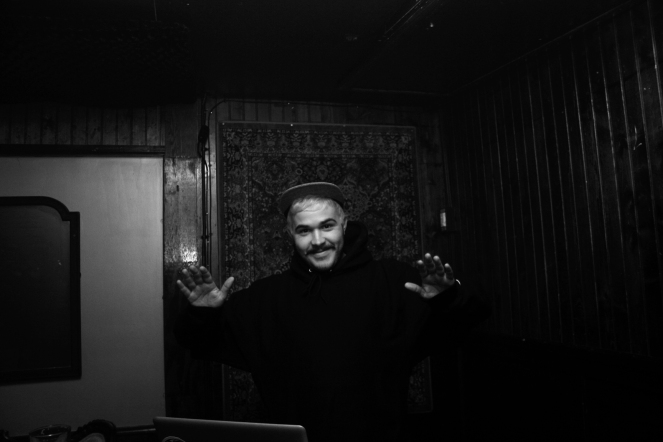 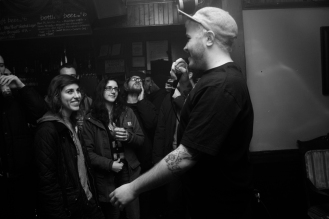 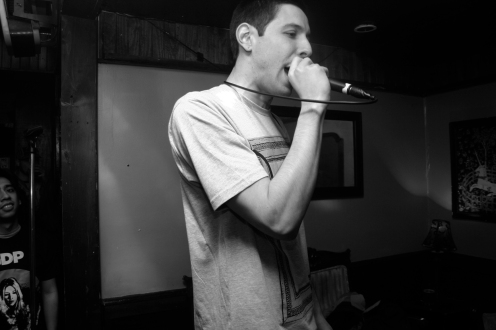 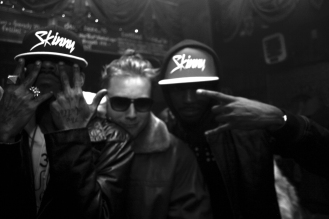 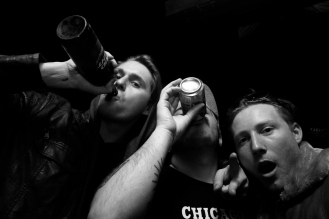 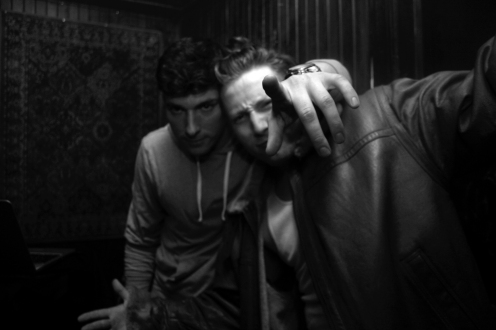 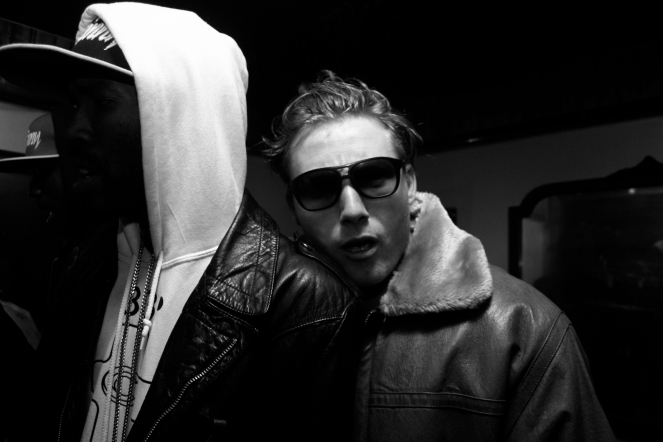 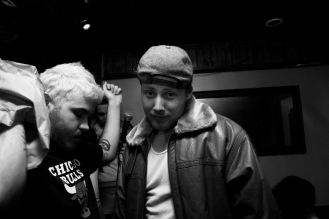 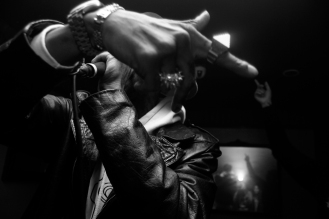 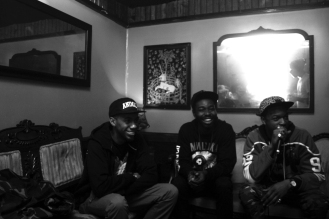 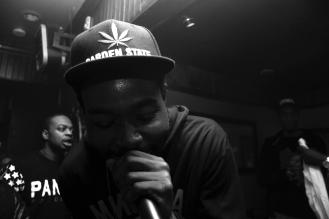 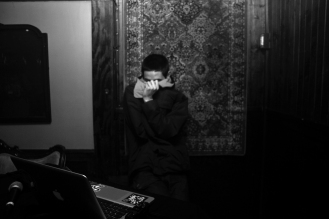 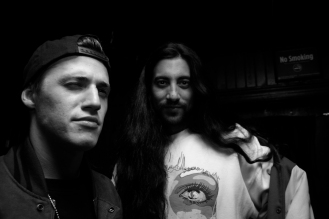 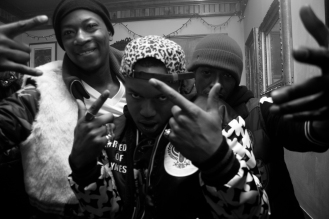 The Legendary Young Zee of The Outsiderz. 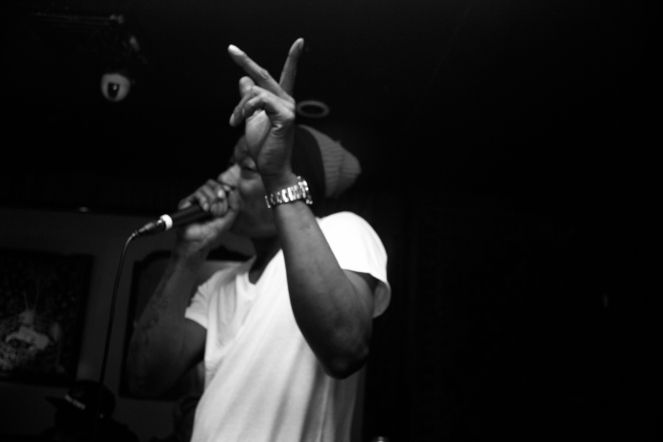