Last night, I hopped on a train bound for Newark to attend MoRuf’s concert at Coffee Cave. I journeyed through the city’s back streets on cracked sidewalks, passing by building construction sites abandoned for the winter. After a few potholes and misgiven directions from Google Maps, I finally arrived to the cafe, descending down stairs and entering through a coal-black door, leading me into a vacuum of the Tri-State’s most hidden talents in music, fashion and art. While New Jersey’s local music scene has always been built upon the foundations of camaraderie, family, and love, however, I have never witnessed anything more naked in truth and candor than MoRuf and his unique bonds between other creatives and loyal fans.

Crowds far and wide from all over the Garden State and parts of the NYC-metro area came out to hold down and support the New Jerusalem soul-hop artist for his eclectic show sponsored by Established Forever and L.O.E. – Love Over Everything – a movement based in positivity of the mind, body and soul.

New Jersey is currently a hot spot for this year’s developing renaissance in Hip-Hop that the industry has not witnessed since the release of The Miseducation of Lauryn Hill. From Wu-Tang Clan to The Fugees, the Garden State has raised some of Hip-Hop’s most legendary G.O.A.T.’s, pioneers in the old and new school of Rap and RnB, as well as home to blossoming movements of posi-Rap of the 80’s/90’s. Vintage boutique, The Grey Market, had a pop-up shop on the upper level of the cafe, selling rare and golden finds that your local thrift store would be lucky to have pre-orders for. MoRuf, set up shop in the front selling L.O.E. merch, branding positivity on the backs and craniums of fans with funky designed t-shirts and limited edition beanies and snapbacks.

From the fashion to the immediate vibes of attendees, the cafe resembled an evening at The Latin Quarters where you could cool it with Afrika Bambaataa and KRS-1 at the bar below, rapping about his Stop The Violence Movement over the sounds of Jungle Brothers and Schoolly D. Everyone knew somebody, and if someone came alone and did not know a soul, they were then approached with a sun kissed smile and embraced with arms of that L.O.E.

Coffee Cave’s layout mirrored the times of crowds packed inside the Hamilton Street Cafe of Bound Brook and Maxwell’s of Hoboken, days when you could see your favorite local band for only $7 ( discount with the flyer), when good music was only a CD-ROM rip away, and the merch table was the spot to kick it with old friends and associates coming back from semesters at college and music tours throughout the East Coast. As a Jersey-native myself, I am too familiar with the importance of the familial bonds in the local music scene. At hardcore shows, you protected those who fell from moshing or who didn’t have crews to back them up when tough guys

threw bows at innocent by-standers and crowd punched the edge of the pit for shallow props and street cred. While I never had the opportunity to physically attend any underground rap shows in my youth, being at the Coffee Cave last night warped me into my 16 year old self again, remembering the buoyant feeling of discovering a new community full of amazing talent, raw passion and honest creativity. There was a sort of nostalgia I experienced being in this space with people I’ve never known or met before. The degree of acceptance and compassion for all those in attendance was so strong and brave, I almost became angry with myself for not finding out about MoRuf and his crew earlier than now. Crowds swelling into the back room of the cafe, the show kicked off with an explosive performance by Maplewood hyphy rap-group, M.O.A. – Music Over All – spitting anthems of “mind body and funk,” shutting the stage down and cooling out the crowd with straight vibes. The youth collective from central Jersey hyped listeners with funky flows and rhythms that reminded you why it is so important to support young people making music with positive energy and productive motives. The Pharcyde in vintage clothing and with new-age steeze, M.O.A. Nation are a group of young men that embody the blueprint for a lucrative future for urban youth in music.

Juxtaposed with the sounds of GBE’s prince of Chiraq, Chief Keef, there now exists a new movement in the hip-hop underground that is making a slow, consciousness drift away from the trap and bringing the foundations of soul back to Hip-Hop. The burning, energetic and hyphy sounds of M.O.A. are also underscored by the unbreakable friendships and bonds had with each group member, of which confirms the authenticity of their creative chemistries. From lyricisms based in the fountains of their youth, and topics deep with relatability and understanding of themselves in relation to their environments, M.O.A. are nothing short of gallant. Give these kids about 3 years to develop and perfect their flow and sound, and I guarantee their sound will litter your iTune’s Top 25 Most Played playlist.

Thereafter came Malcolm, the laid-back, stream of consciousness emcee with a 15-minute set that lit the room with spells of sound incessant of spiritual vibes and tracks that settled the minds and hearts of attendees into a calming repose. His flow deep with ritual and lyrical understanding of the soul maintained the wider aesthetic of the concert, creating an intimacy between listener and artist that is rarely experienced in today’s age of live performance. The connectedness that Malcolm had with his audience, as well as with his guitarist who sparked the dark room with a white heat from his fiery solo in between the emcee’s magical bars, was something to truly appreciate. To follow was Newark soul-queen Billlzegypt, a heavenly voice tinged with the fire of the gods, haunting as the ocean’s deepest cavity and more lethal than flying straight into the sun. Performing a soulful rendition of Kendrick’s, “Chapter Six,” Billle’s voice baptized in gold and synthesized with a fierce Baduizm sent hot electricity and burning chills up and down the spines of careful listeners. Classically trained in opera and piano, New Jersey Rebels’

newest member crooned with a pain and passion who’s silky harmonies rippled through the crowd and entranced listeners into a deep reckoning. Perfect pitched, a performer of brilliant emotion and a sound more gorgeous than an orange moon, the Jersey native singer-songwriter shocked my memory of Jill Scott’s Who Is Jill Scott? Vol. 1, back when she was making classics like “He Loves Me,” and “You Got Me.” A rarity amongst us, this young soul has a very long career ahead of her. Up next was the hardcore, raw, jaw breaking, brass-knuckled rap collective NJ Rebels who came, fucked shit up, and broke the stage with a heaviness unfathomable to the easy-listening ear. Having recently seen them at The Flat for Rosegold’s Album Release Party this past week, I already had high expectations for them. Nothing less than legendary, Krash Battle led his crew out into the crowd and opened up the room for a mosh pit and then spit over tracks with a chest-caving flow and demeanor.

Performing their toughest track to date, “Bodies”, Brick City’s hometown heroes moved the room with a magnetic force that mirrored the days of Jersey’s hardest metalcore bands that booked sold-out shows at Clark’s Kings Of Columbus and Monclair’s Meatlocker. I have never experienced a performance as raw as the one these guys put on last night. Their grit, ferocity, and method of (almost literal) execution definitely places them in a sterling category all of their own. A$AP Mob and GBE taste like cotton candy compared to the ether sounds of NJ Rebels. While maintaining an aesthetic hard coated with angst, frustration and pain, NJR also project positivity and honesty in their lyricisms, speaking of lived experiences by incorporating elements of their immediate environments into tracks that sound as classic as the Wu at their prime when they first dropped 36 Chambers. A movement in their own right, don’t be surprised if you see them open up for favorite rapper very soon.

Ending with on a high note, up next to grace the stage was MoRuf – the cool, eloquent, jubilant and soulful rapper who’s presence could melt a million moons in the fell swoop of a “Right?!” The L.O.E. ambassador began his set with a string of hits off his recent project, Shades.Of.Moo, rocking the crowd with his posi-raps and vibes that reverberated all the way down the Delaware River Bridge, soothing the souls of listeners with flows easy and stirring with happiness, joy, and compassion. Something like a lost member of Black Star, Moo understands the importance of live performance, instrumentation, sensibility, relatability, and delivery, consistently engaging the audience to participate in call-and-response, one of the most important traditions in Black music. His soul-hop sound makes him a bold and

brilliant creative, incorporating elements of modern RnB, Neo-Soul, traditional Hip-Hop, and soft tints of Jazz and Blues to create classic tracks. Sampling beats from Janet Jackson’s “Got Til It’s Gone” and Quasimoto’s “Real Eyes,” Moo has an incredible ear for good music. Bringing up to the stage, the World Soul singer-songwriter extraordinaire Jesse Boykins III, the two vibed heavy with the crowd in their performance of “Homie.Lover.Friend,” a track recalling the love and companionship of a significant other, speaking of the transcending bonds had in understanding the short appreciation of friendship in romantic relationships. A personal favorite of mine, of which I included on EARFLOAT’s Summa Cum Laude last week, the crowd’s response to this dynamic track was perfect with esoteric vibes and fellowship. Other tracks that were deemed very personal to MoRuf and friends were “Soul.Rich” and “Tangerine,” both speaking of circumstance mossed with loss, love, passion, trust, loyalty, and self-respect, moving listeners to places of vulnerability and deep emotions.

Posi-rap is a movement that I hope will counter-act the mushrooming trends of trap and gimmick rap, all of which are bound to either end in cultural atrophy or community crisis nurtured by their toxic lyricisms. I enjoy the fact that rappers like Moo, Krash Battle and members of M.O.A. can spit about personal experience dealing with violence, pain, and societal corruption without projecting the topics’ negativity back onto the listener. Like Bob Marley’s infamous quote, “when music hits you, you feel no pain,” this movement proves that artists coming from fractured backgrounds can bring positive influence to their peers and communities with music and can also transcend experience for those who have never lived their realities. And it is this reality that allows for movements like L.O.E. and Established Forever to thrive and manifest into powerful forces that can impact the sentiments of those experiencing hardship and struggle and to aspire for more beyond their immediate circumstances. Because we all are by-products of our environments, it is simply a matter of understanding the reproach needed to engage and reconfigure these realities to transform them into positive forces of change and liberation, and collectivizing the mind, body and spirit into action. It is truly that L.O.E. that will save Hip-Hop and give it the love it needs to heal itself and grow into the magnificent creature our forefathers and mothers raised it to become.

For a visual recap of last night’s festivities, check out the gallery below. Here are also a few tracks from last night’s performers and links to their respective pages. As always, go out, support local music, and keep the renaissance alive. 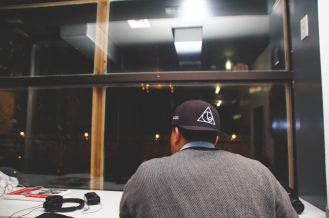 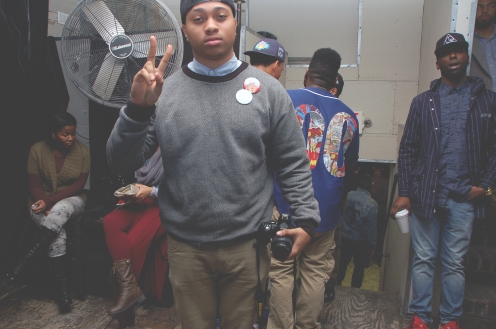 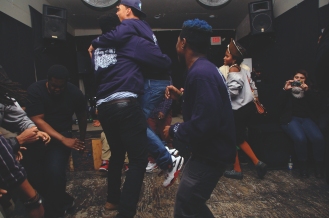 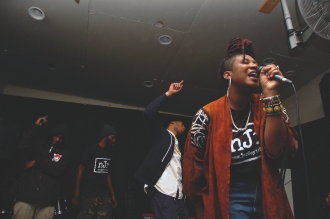 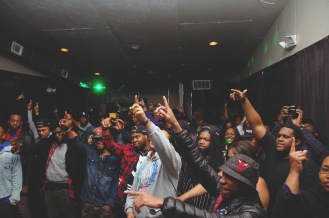 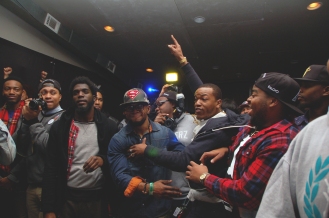 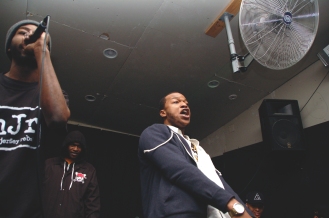 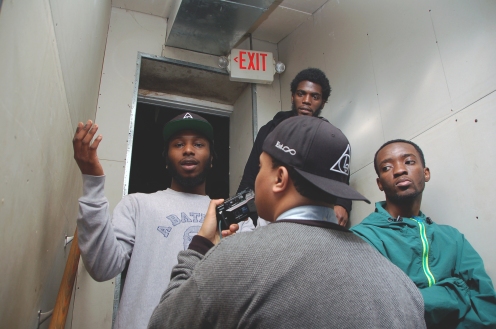 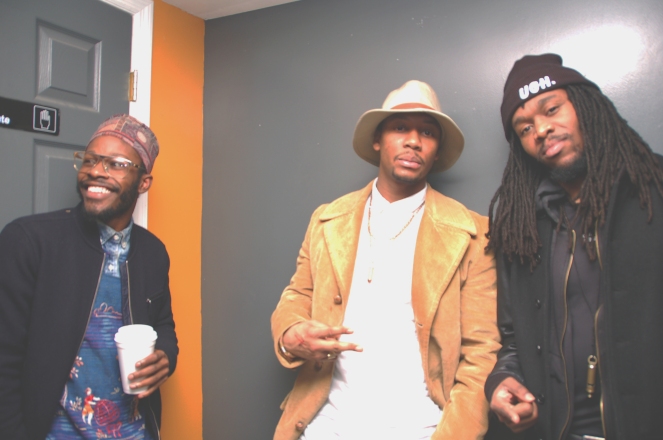 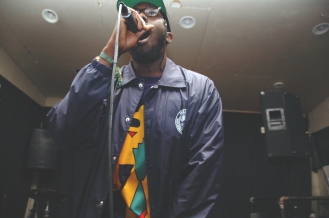 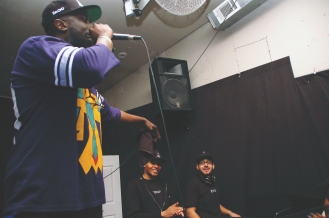 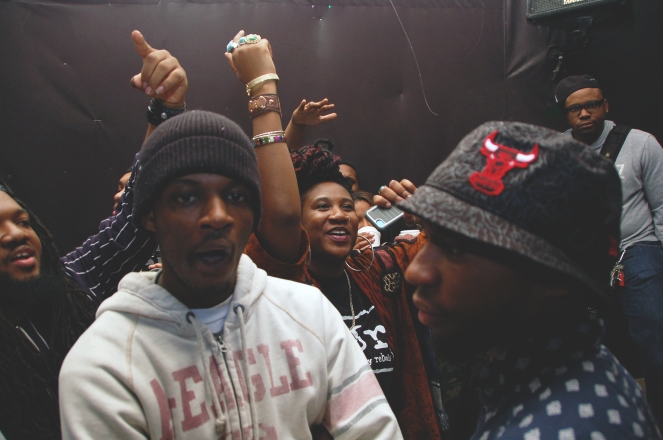 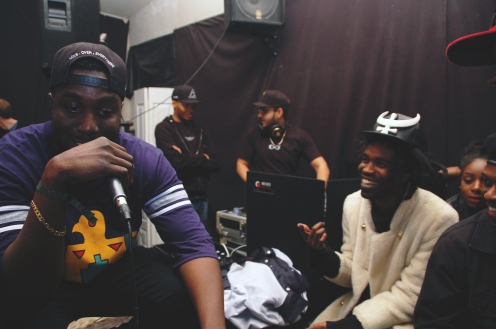 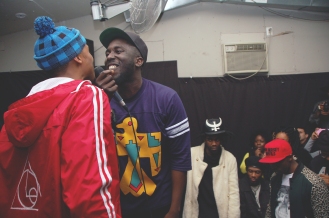 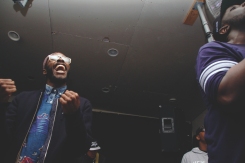