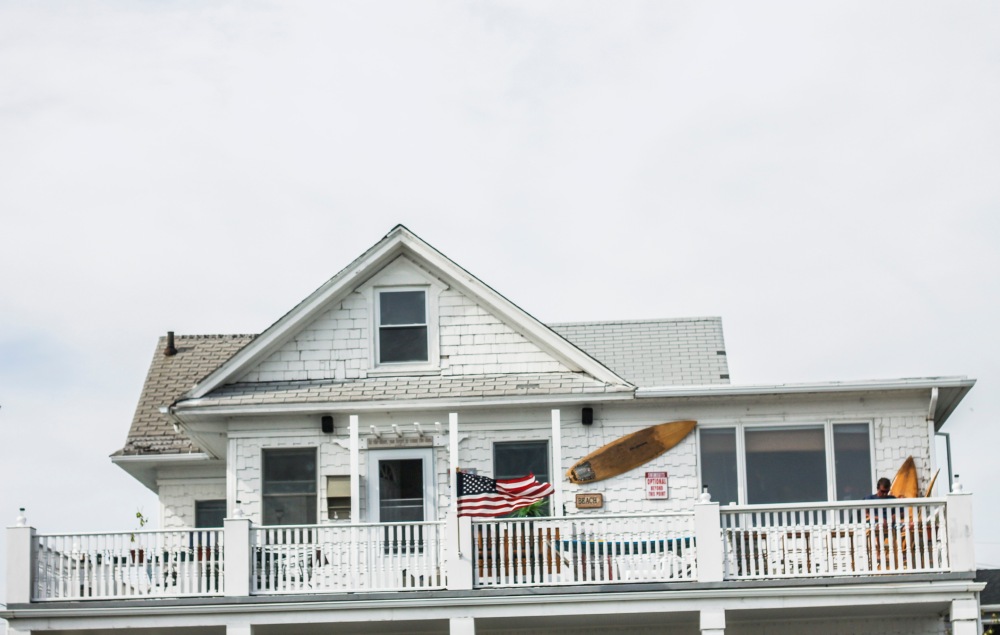 American holidays have always been a concept I’ve never fully come to appreciate nor understand in terms of their purpose outside of hyper consumerism and exploitation of labor from marginal cultures/communities. From Cinco De Mayo as a day to forget the devastating impact of U.S. imperial expansionism in Mexico (Monroe Doctrine) and the Caribbean (trade embargo with Cuba, proxy wars in Haiti and Dominican Republic) with binge drinking of imported beers and liquor; to the celebration of Martin Luther King, Jr.’s birthday, overshadowing the assassination of the political leader with marked down clearance sales of automobiles, clothes, more imported beer and liquor, and other material goods by corporate mongrels, the U.S. has a way with ruining the cultural memories of particular populations and communities in its territories.

But speaking specifically of the holidays developed from moments in American history that have grown to be integral to national identity and pride, Memorial Day seems to be one of the more interesting cases witnessing how such a moment impacts various American communities in diverse ways.

According to the Office of Public and Intergovernmental Affairs on Memorial Day history, the holiday was formed from the following:

Three years after the Civil War ended, on May 5, 1868, the head of an organization of Union veterans — the Grand Army of the Republic (GAR) — established Decoration Day as a time for the nation to decorate the graves of the war dead with flowers. Maj. Gen. John A. Logan declared that Decoration Day should be observed on May 30. It is believed that date was chosen because flowers would be in bloom all over the country. 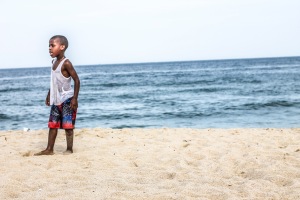 This dominant narrative seems to speak to only one profile of the nation’s cultural memory in its remembrance of the American Civil War, unequivocally erasing the experiences, traumas, and complex sentiments of historically underrepresented and marginalized communities in the United States. As most U.S. textbooks tend to bleach the various perspectives and details of life experienced by minorities at many vantage points throughout the nation’s history, this description of the development of Memorial Day has also failed to include the holiday’s naked truth in recalling objective memory, especially in its exclusion of testimony from soldiers whom the gruesome war impacted most drastically.

In a thoughtful and critical op-ed by Jim Downs in the Huffington Post yesterday titled, “Who Invented Memorial Day?”, he offers objective insight into the country’s hollow consciousness and its political bipolarity of remembrance/erasure and memorialization/defamation of white veterans against the selective memory of fallen soldiers in the Civil War, completely disregarding the impact of ex-slaves and freedmen of the Union and Confederacy.

Accordingly, on May 1, 1865, American freed slaves gathered in Charleston, South Carolina to commemorate the death of Union soldiers and the end of the American Civil War. Three years later, General John Logan issued a special order that May 30, 1868 be observed as Decoration Day, the first Memorial Day. Downs describes the nature of America’s lacking regard for ex-slaves’ participation in the nation’s bloodiest conflicts to date:

When historians describe casualties of the war, they uncover photos of mostly white enlisted men — bodies strewn across an image of a battlefield or, worst, piled on top of one another in a deep ditch, dead from the effects of a cannonball explosion. What we don’t see is dead freedpeople. The death of white participants in the Civil War is both valued and commemorated: framed as part of a larger saga of war and victory, and then propped up as the heroic embodiment of nationalism on Memorial Day. White people’s death is reenacted annually by thousands of people-who, for a hobby on a holiday weekend, get to play dead.

He continues on with this concluding statement:

There was no rebirth for former slaves who died of disease and sickness after the war. There was no chance of them coming back to life in a costume worn by an admirer a century later. Buried under the fallen cities and the new harvests, the South, at its foundation, is a graveyard: a place where black people died in unimaginable numbers not from battle, but from disease and deprivation. 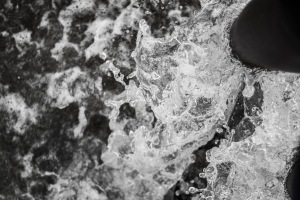 Downs deep criticisms of the incomplete narratives of the Civil War are incredibly important and integral in the objective understanding of why certain Americans choose to remember as well as how they blatantly reject several aspects of memory, culture and subject regarding national history. Nationalism and patriotism certainly play a larger role in this jagged construction of cultural memory in U.S. history, how marginal and underrepresented populations remember, reconfigure and recollect trauma, violence and morals developed from trumped beliefs on American identity and political solidarity. Like Fredrick Douglass proclaimed in his speech, “The Meaning of July Fourth for the Negro” in 1852, he offers a rhetorical and provocative question for his white audience members:

Fellow-citizens, pardon me, allow me to ask, why am I called upon to speak here to-day? What have I, or those I represent, to do with your national independence? Are the great principles of political freedom and of natural justice, embodied in that Declaration of Independence, extended to us? and am I, therefore, called upon to bring our humble offering to the national altar, and to confess the benefits and express devout gratitude for the blessings resulting from your independence to us? 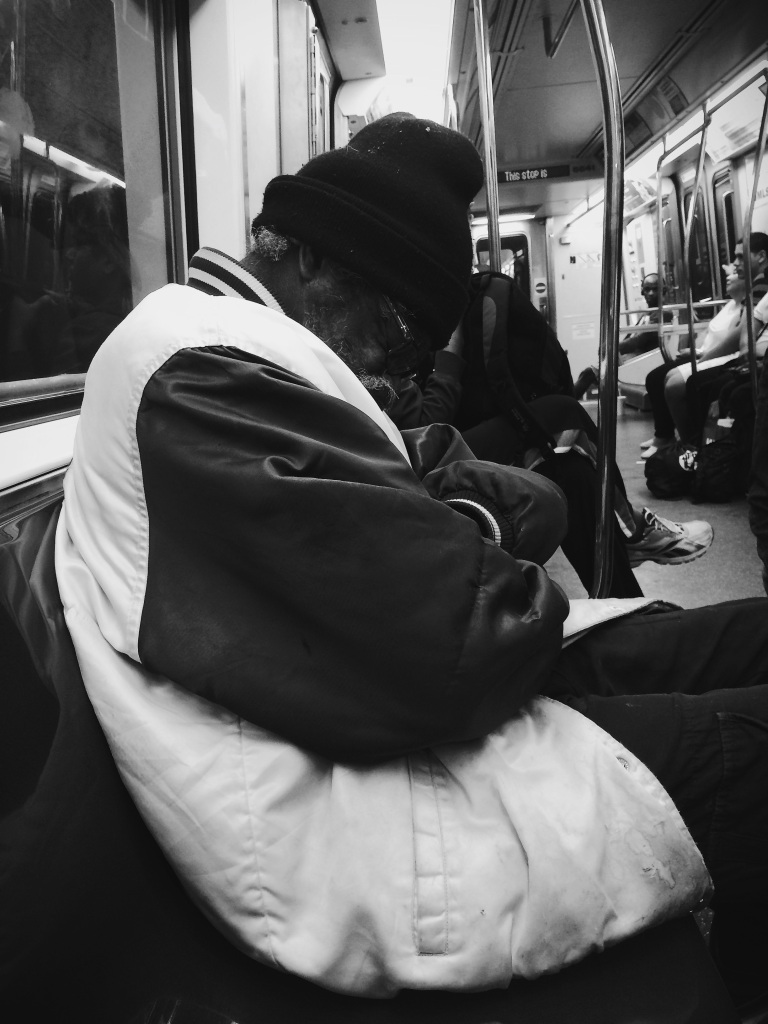 On the way back to my apartment in Long Island City, I sat next to an aged, rather shrunken man of color on the PATH train, noticing him wearing a Jets jacket and pair of clouded glasses, his head scrunched in between his folded arms, crumbling underneath exhaustion and pain. Instead of choosing to move across the train car to an empty seat away from him like other patrons, I remained seated, observing him as a raw manifestation of the holiday’s cultural significance. What did memorial day mean to this man? I also had an opportunity to speak with a Vietnamese war veteran at Belmar Beach where I spent the day with friends away from the concrete mess of New York City. His words still resonate with me and gave me the insight to finalize my sentiments about Memorial Day, embedded throughout this piece.

What are we celebrating? And the next time we do observe a holiday in the United States, remember to ask yourself, am I being memorialized, too or recycled in an imagined fantasy of inclusive freedom?

For more photographs from my time at Belmar Beach, visit my portfolio at www.nmusinguzi.com

Support your neighbors, Build with your community™