Over the past year that I’ve witnessed its transformation, Newark has gone from a mini Harlem to a monster fusion of Lower Manhattan and Bushwick. Gentrification is steadily on the rise in the city and its downtown area is beginning to alienate native residents with scores of new studio lofts overlooking an almost finished Whole Foods. This is all to accommodate the streaming migration of millennials and “young urban professionals” (YUPPIES) from NYC to New Jersey, of which has only displaced working class families and people of color in addition to erasing history under the guise of “new and improved”. After the city approved a $3M deal to revamp Military Park, the previously desolate center downtown surrounded by other crumbling enterprises, has now become an outdoor attraction for downtown residents and workers during their lunch breaks outside of frigid office buildings. The future of the city now stews in the bellies of hungry politicians and eager corporate developers, and this fact alone has unfortunately forced communities to stand up for their neighbors and seize their stake in this change before it is too late.

Peter Winstead Jr. is one of those people. Founder of The Honors Program (THP) and creator of Guard D’Avant, Winstead recognized the shrink wrapping of his native city’s cultural identity and designed an interactive event series that would provide community members with free entertainment from new, emerging and local talent in Newark. 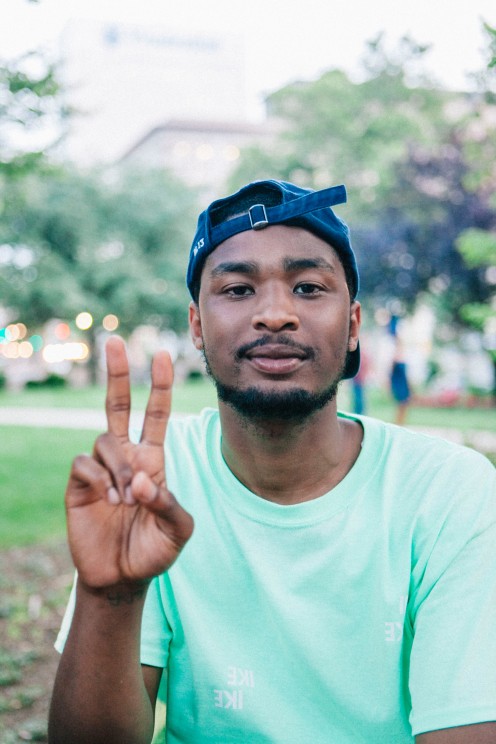 Hosted in Military Park every Tuesday from today until August 7th, “the most significant historic park in Newark,” this alternative music festival attracts a cross-generational crowd with varying interests, allowing for local vendors to sell directly to their communities and support local artists to engage their audiences with creative outreach.

MoRuf was asked by Winstead to perform at the launch of the series, alongside DJ Ezrakh and Judah Tribe. Being the only stop near his city of origin, the Be Water Tour played a significant role in the branding of this progressive music festival. It brought together friends and family that probably haven’t seen each other in the same place in ages. 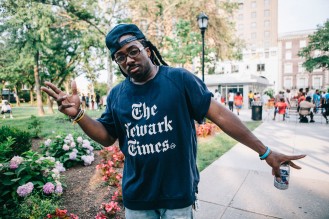 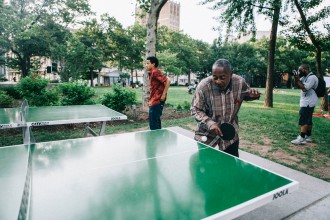 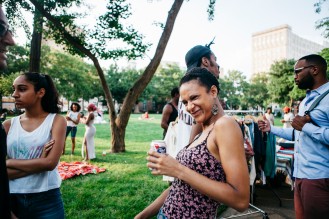 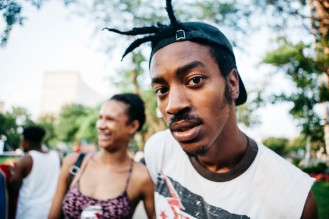 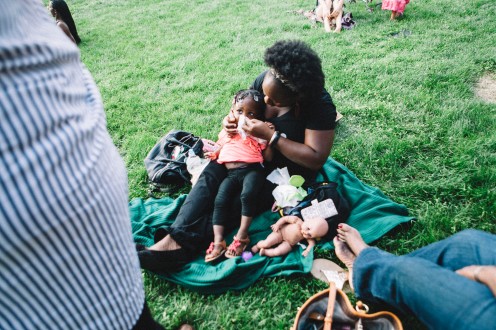 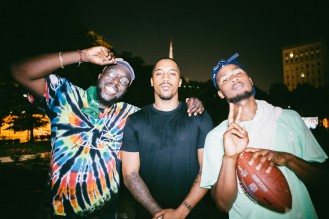 I was a (literal) fly on the wall, floating from one end of the park to another, watching a whole community enjoy themselves in a public space – in peace. It was true love, a pure communion of folks who really do believe in the power of love over everything. “Guard D’Avant” loosely translates into “guard of the front”. This series is more than a festival. It’s a movement to take control over your generation’s legacy, “to protect and serve the steller and progressive,” boldly proclaimed by the event’s banner that hung above performer throughout the evening. The arts have changed the way we combat unwanted change in our communities. LOE and Guard D’Avant are just the beginning of what our generation has created in the balance between progression and tradition.

If you missed out on the first installment, check out my recap reel bellow. Be sure to follow Peter for updates on Guard D’Avant and also come out to Strong Hold Shop tonight for MoRuf’s 3rd show off the #BeWater Tour @ 5:30PM.